In 1990, Dover High School’s Boys Basketball team competed in the first ever Slam Dunk to the Beach.

Twenty-five years later, Dover High School competed in the showcase for the second time. Dover Boys Basketball Head Coach Stephen Wilson does not know the reason why the team wasn’t invited back in previous years, but he was thankful for this year.

“This year was such a big deal for Dover to be in it,” Wilson said. “We were happy to be back and involved in it.”

Wilson says other than the holiday tournament the team competes in at Springfield, Slam Dunk to the Beach is the number one tournament to play in when it comes to talent.

“The number two team in the country was there, it gives our students so much exposure,” Wilson said. “They get put in situations where they are treated like professional basketball players.”

Although Dover didn’t come out with a win on Sunday or Monday, Wilson said playing teams with this kind of skill level in December, is huge.

Wilson has high expectations for this year’s team. He says this showcase is extremely important for their program to market the players and the school district as a whole. It gives sixth, seventh and eighth graders a chance to see the program and really consider attending Dover HS.

On Sunday night, Dover faced off against Sanford School from Hockessin, Del.

“The first night the anticipation was high, we had a lot going on that day,” Wilson said. “It’s early in the season and yesterday we came back against a team with a top 30 guard in the country.”

The Dover coach says he is not making excuses for Sunday’s game, but if the players can use this experience for the rest of the season, Dover can do well during their season in their conference and hopefully compete for a state title.

The experience and exposure is great for any team competing in a showcase, but a huge take away for Dover was the chance to bond.

“This gave the players a chance to bond in the hotel and continue to build our relationships,” Wilson. “I like to give our kids opportunities to experience the team on and off the court.”

Wilson says the players were given the chance to sit and watch other teams and see how far apart they are. For many teams, he didn’t believe they were too far off.

Any problems Dover HS may be having this early in the season are all issues Wilson says they can fix. In fact, Wilson says there are not too many things they can’t fix on the court.

Wilson says an important aspect about the showcase scene is proving themselves. Once a team has the respect of other teams, they have a better chance of being invited to other tournaments, leading to even more exposure.

According to Wilson, the team has a long way to go but they are striving to be the number one team in the state and even the country.

“For our kids to be seen and recognized and have an opportunity to get to college and get a college education is what matters,” Wilson added.

Dover HS Boy’s Basketball will be competing in the East Coast Basketball Showcase at Pemberton High School in New Jersey. The showcase will be held on January, 23, 2016 and Dover will face off against Atlantic City HS. 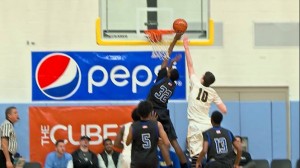