BERLIN, MD – We are starting a new WBOC web series called “Interview of the Week.” Each week I will interview a local sports figure on Delmarva. Today, we go to Berlin to find out a little more about Stephen Decatur girls soccer head coach Maggie Berke.

The 24-year-old is beginning her second season as the head coach at Stephen Decatur. Last year, she guided the Seahawks to a 13-1-1 record and Bayside Conference championship. Berke is hoping to build on last year’s success.

1. Did you play in college? If so how has that playing experience helped you with coaching?

I chose not to play in college. I played in many competitive leagues while playing in High School that have 100% helped me with coaching. I was able to play for a few amazing coaches during my career and I have taken a little bit from each one of them and used it in my coaching now.

2. Why do you enjoy coaching so much?

I love coaching because it gives me the opportunity to teach a group of girls that all have a passion for the sport. No one is forced to be there so we are able to all work hard and have fun at the same time. If I wasn’t so lucky to have such a great group of girls and coaching staff I don’t think coaching would be as enjoyable as it is.

3. You had a tremendous year last season. How does the program build on that success?

I like to approach each season with a blank slate 0-0-0. Our goal as a team this season is to build on our own successes not the successes of last season. This is a new team with new goals and new challenges. We strive to reach our full potential this season and have high hopes for a very successful year.

4. That core group of seniors you had last year was a pretty special group. How do you replace their leadership and talent?

We miss last years seniors and all that came before them but at the start of every new season our younger players have the opportunity to shine. I have been so proud and have admired some of my seniors and juniors that have come out of their shells this preseason and really stepped up into strong leadership roles. This is a new team this season and instead of replacing what we lost we plan on building and showcasing some of our younger talent that hasn’t had a chance to breakout yet.

5. Last year was your first season as the head girls soccer coach at Stephen Decatur. What did you learn about yourself as a coach that first year?

Last season was definitely a learning experience for me. I learned to trust my instincts and have patience! I had to learn to trust in my players and to hand over some of the responsibility to them so they could learn and reach their full potential.

6. A new girls soccer season has arrived, what are your expectations for this years Stephen Decatur team?

7. What advice would you give to any young coach just starting out?

Be confident and roll with the punches. It’s not easy being a young coach but you have to be confident in your knowledge of the sport and stand behind your decisions, its the only way to show how serious and committed you are. You also need to be able to change and adapt as problems arise so you can keep the team going without any interruptions. Most of all have fun! 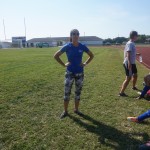 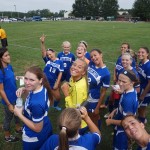 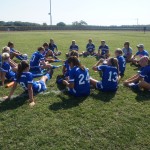