WOODSIDE, DE – We are starting a new WBOC web series called “Interview of the Week.” Each week I will interview a local sports figure on Delmarva. Today, we go to Woodside to find out a little more about Polytech boys soccer head coach Ray Ott.

The 51-year-old is a retired Military pilot and now leads a High School AFJROTC Unit. During his time in the military, spare time was not always available. However, like many starting coaches, Ott was drawn to the field because he wanted to coach his children. Beginning in 1999, he coached almost every sport his children played; T-Ball, Little League, Junior Baseball, Swimming, Youth Coach. This was all done in four different states; Texas, Delaware, Hawaii and California.

Ott has been the head coach of the Panthers boys soccer team for the last five years. Currently, he is 43-29-3. Ott guided Polytech to their first state tournament appearance last year.

1. Were you born and raised on Delmarva? Where did you go to college? Did you play any sports in college? What was that experience like?

I grew up in South Jersey.  After graduating from Delran High School in 1982, I immediately enlisted in the U.S. Navy where I served four years before gaining an appointment to the U.S. Naval Academy, graduating in 1990.

Although I did play one post high school year as a soccer goalie, my sports background was mostly in baseball.  I played one year of collegiate baseball as a pitcher at NAVY before being cut. I had an average fastball and an awful curveball.  However, I think that year of struggling taught me more about sports than any year of my life.  The staff at Navy taught me the value of routine, hard work and technique.  I learned from my coaching staff that helping gifted athletes make gains is difficult because they have natural talents and are often already playing with excellence. Skills come easy to those types of players.  I was not that type of player. I was taught that most athletes need to work at their craft and good coaching is a vital part of that process.  That is where you can make most of your gains and find great reward.  I try to teach my athletes HOW to do something vice telling them WHAT they need to do. 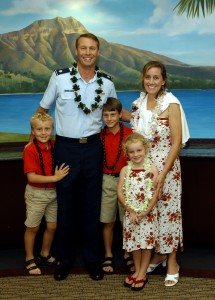 2. How did you get involved with coaching and why do you love it?

Being a Navy and Air Force pilot, I traveled a lot. But I was on the field with my children whenever I was home, doing as much volunteer coaching as I could.  Once I retired from the military and was hired as a flight simulator instructor, I could coordinate my schedule with my children’s and was able to take on head coaching positions and get more involved with travel teams. As much as I would have enjoyed my two sons playing high school baseball, they fell in love with soccer.  When my daughter, our youngest, started playing soccer I decided to grow up with the sport through her by coaching her teams and learning more about the sport. When I transitioned to a second career as an aerospace science teacher at POLYTECH, I was asked to coach soccer.  I still enjoy baseball but I am completely in love with soccer.  It is a beautiful game that requires team chemistry, fitness, patience, and discipline.

I love coaching soccer because it mimics raising children. For example, there are no time outs in soccer.  The game continues to go.  If there is something that I need to correct, then the team, for the most part, must do it by themselves.  That is why the best high school teams have the leadership ability to recognize when change needs to occur and how to do it.  Baseball has immeasurable opportunities for individual coaching and discussion. My job as a soccer coach is to prepare them for the next game so they can manage it, just as being a parent requires having your child ready for life.

My wife Sheri and I prepare our own kids for life the best we can but when the game starts we do not have the luxury of stopping it.  They need to figure out where the path to success lies.  Of course parenting is not that simple, but letting your team decide who is going to take a PK can be stressful, just as letting your kid drive on his/her own for the first time.  I can’t call timeout and talk to the PK shooter; I can’t call timeout and talk to my son driving down a highway.  I have to trust he will make the right decisions.  Being a soccer coach is not for the feint at heart, but it is very rewarding.

Sports involvement is a family affair for us.  Coaching my daughter Devon, and my sons, Connor and Griffin (especially when on the field together) has given me memories I’ll treasure forever.  Sheri was usually our baseball scorekeeper and/or team mom.  Devon learned how to keep score by sitting with her in the booth; the boys worked the scoreboard when their brother’s team was playing.  We traveled to soccer tournaments together.  Sports & coaching is one of the biggest ways we’ve bonded as a family.

3. Under your guidance, the Polytech boys soccer team is having a tremendous season. You have built on last years great run. What has been the biggest different this season compared to seasons past?

Culture! Coach Dan Simmons and Coach Shaune Gorman and I are establishing a soccer program with a reputation for hard work, team work and discipline. High expectations are now in place. Students in Kent County have to want to apply to POLYTECH.  We are building a reputation as a place where a soccer student can get a comprehensive high school education AND play competitive soccer.  Soccer is not the only sport having success at POLYTECH.  Coach Bradshaw won the state softball tournament last year, Coach Pierce has made runs in basketball, Coach Buckson has a great wrestling team, and Coach Richardson has had tremendous success in girls lacrosse and field hockey.  We all are committed to delivering tremendous athletic programs to the high school athletes of Kent County, supporting the players’ academic efforts, and encouraging all of our students to offer positive support to each other on and off the field. We teachers and coaches are working together to develop this climate and all teams are benefiting. 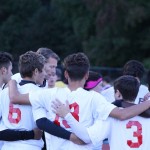 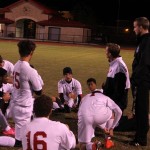 4. You are having success the last two seasons, but how do you keep it going year after year?

That is a very kind statement but I do not think we are there yet.  We have yet to win a state tournament game and we have not beaten CR or Cape.  The first time we do those it will be listed as an occurrence.  I want to make it a habit.  Just like I tell my boys – make it a habit.  Do it again, again and again.  Get it down so you can teach it.  Make it a habit.

5. What are your short and long term goals as the boys soccer head coach at Polytech?

When I first started at POLYTECH my goal was create a team that my sons would be proud of. Last year our goal of making the tournament became a reality.  Our goal for this year is earning the program’s first tournament win.  Long term is to establish a high school program that soccer students in Kent County want to be a part of.  I think we are close to making that a reality.

6. Everybody has different coaching tactics and philosophies. What are some of yours?

I also teach discipline to control how they act and what they say.  For example, I do not allow cursing.  I tell them if they can’t discipline themselves to control what comes out of their mouth then how can I trust them to mark their man or to keep their shape.  All the boys know I do not allow it and when it slips the guilty person immediately will apologize and ask how many pushups they should do or where they should run to.  If you enforce what you say it becomes part of the culture.  You must be willing to do what others won’t do in order to go places others can’t.

Regarding tactics, I have to work with the talents & mindsets of the players. I’d tend to be a more defensive minded coach, however these last few years I’ve been working with more offensive minded players. My job is to make it work regardless. I’m very pleased with the possession we have been able to play in the defensive half of our field. 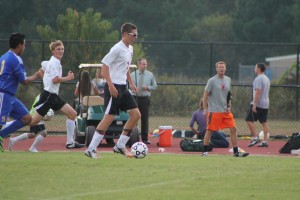 7. Boys soccer in the Henlopen Conference was terrific this season. Cape, Sussex Tech, Polytech…all very good teams. What does that say about the quality of soccer that is played in this area?

Soccer is gaining in competitiveness throughout the state of Delaware.  The strength of the Henlopen Conference is a reflection of that growth.  Consider the new soccer complex that is underway in Frederica: it will not only offer bigger and better opportunities to southern Delaware soccer communities, but also to the entire region.

The quality of play in this area will continue to grow as long as clubs and schools in this area keep the passion alive and provide opportunities.  Communities have done a great job fueling that passion at a young age and establishing teams and clubs for all age groups and levels of play.  I would like to see efforts made that keep boys AND girls playing the game past the 12-13 age.  Too many kids lose interest at that time and give up the game.  As coaches, we need to keep the game fun for all those that start playing so they can have a sport to participate in when they are in high school.  Sports provide so much more than the chance to win.  Playing sports in high school provides your students the opportunity for fitness, friendship, and sportsmanship—aspects for a successful life.

8. What advice would you give to high school student-athletes hoping to play any sport at the collegiate level?

My personal focus is not collegiate level soccer.  I would prefer to focus on preparing these young men for life.  Not many will go on to play college soccer.  However, all of them will go on to compete in life.  I hope that I can help them prepare for the ups and downs of life by playing soccer.  Life is filled with challenges.

That said, for those students who do have a dream of playing college soccer, I would suggest playing multiple sports because varying your athletic background will make you a better overall athlete.  I would also suggest competing on a travel or club team in your chosen sport, because most colleges recruit from travel teams. Be proactive, contact schools that interest you and find out about camps they are holding.  Look at team rosters of those schools and note the clubs those players came from.  Contact coaches with a resume that includes academic accomplishments as well as athletic accolades.  Work hard in the classroom & get your SAT scores up.  Be be your biggest advocate. 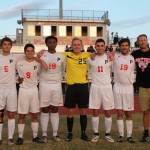 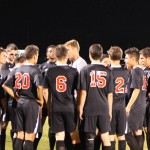 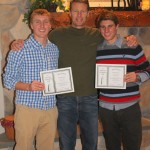