At age 89, Bill Maupai is out to prove age is truly just a number, as he prepares to ride in the 27th Annual Seagull Century Ride.

The Timonium, Md., native is the oldest registered rider in this year’s nationally acclaimed bicycling event that begins and ends on the Salisbury University campus.

The Seagull Century has made quite the name for itself, by offering three picturesque routes through the lower Eastern Shore. That is is one of the reasons Maupai says this is his favorite event.

“I look forward every year to this weekend,” he said. “We’ve got a whole group that comes down every October, and I’ve been doing it for maybe 10 years now.”

This year Maupai will be tackling the 62-mile Princess Anne Metric route, the shortest of the three routes offered. Not bad for a man who got into cycling at age 65.

Today he rides two days a week with a group called “Cycling Seniors.” The group rides anywhere from 20 to 30 miles a day. Maupai has rode with them all over the United States and Europe.

When asked what keeps him going he said, “Good luck I guess.” But after hearing his training regiment, it doesn’t sound like just luck. Maupai stays active most days of the week biking, playing tennis, and volleyball.

“I like to stay in shape. It’s good for the body and the mind and everything else,” Maupai said. “Now that I have to take care of my wife I can’t afford not to be in good shape.”

Maupai said he has trained hard and now he’s ready to ride through the lower Eastern Shore on his titanium road bike.

“As long as my body will hold up I’ll ride. I never thought I’d be here, but I’m very fortunate that I’ll be able to compete this weekend,” Maupai said.

Maupai joked that he’s really outlived the rest of his fellow bikers, but in all seriousness he said he is fortunate to be in good health at 89.

He wasn’t all that surprised to find out he was the Seagull Century’s oldest participant.

“There ain’t many of us left that are still riding bikes, I can tell you that,” Maupai said.

No one knows that better than Robert Carter of Salisbury, Md. At age 87, Carter is the second oldest registered rider participating in the Seagull Century.

In his sixth Seagull Century, Carter will be taking on the 100 miles in the Snow Hill Century route.

Like Maupai, Carter leads an extremely active lifestyle. He has competed in the Delaware and Pennsylvania Senior Games. In addition to biking, he does weight and personal training, and spinning classes, at the YMCA three days a week.

“I have an intense desire to complete this one,” Carter said. “All of my friends and family know that I’m doing it.”

Many of those family and friends will be there come Saturday supporting him, including his biggest fan, his grandson!

Carter has always enjoyed biking. He said he got his first bike in the fifth grade and remembers it like it wasyesterday. He described it as an old cruiser with a headlight, and a little front carrier. He said that bike lasted him through college and he never stopped riding.

The only difference between fifth grade and now is that he does not quite recover as quickly.

Regardless Carter said what motivates him to keep going is the feeling he gets when he rides a bike.

“When I go out on a ride I don’t feel anything. I feel like a kid,” Carter said. “I’m not an old man, I’m just a person out for a ride. I want to retain that as long as I can. Nothing hurts when I ride. Biking satisfies me.”

Biking makes Carter feel like a kid again, and when he’s at the gym some of the actual kids are surprised by how great of shape he’s in.

“Some of the younger guys at the Y ask me how old I am and they get blown away when I tell them,” Carter said. “Some people will tell me, ‘I want to be just like you when I’m your age.’ That pumps me up and gives me desire.”

Of course, Carter has days like all of us when he doesn’t feel like hitting the gym. But he said he always thinks about maintaining his body and his lifestyle. He plans to stay active for as long as he possibly can.

“I’m looking forward to actually doing the Seagull Century in my 90th year. I’ve got to hang in there. I just feel that that’s my goal,” Carter said.

Carter added he would like to ride beyond 90 and keep participating in the Seagull Century as long as he can. 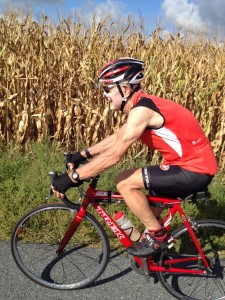 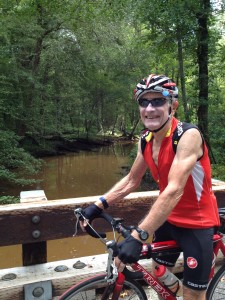 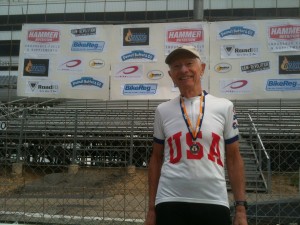 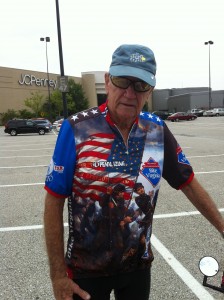