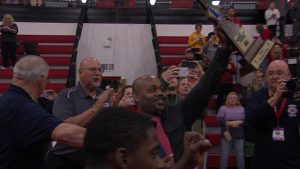 This past Saturday Smyrna, Milford, and Stephen Decatur secured state titles in wrestling. The Smyrna Eagles secured the Delaware Division 1 state title after defeating a very game Caesar Rodney team in the final match. It went down to the wire with the Eagles holding on to snag a 35-33 win over the Riders. 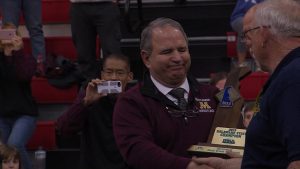 Milford continued its Division 2 dominance by beating Woodbridge in the semifinals. It was the first time the Blue Raiders advanced to the semi’s. In the finals Milford met Caraval. Despite some back and forth action, the Buccaneers persevered and secured their sixth straight D-2 state title. 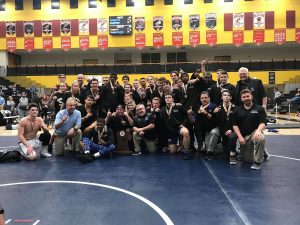 On the Maryland side the #2 Stephen Decatur Seahawks (16-0) advanced to the finals against #1 Linganore (17-0). To say the clash was close would be an understatement as it came down to the last match. One-hundred-eighty-two pounder Micah Bourne hit the pin to secure the walk off win and give the Seahawks the victory…28-27, winning Stephen Decatur the 3A Maryland State Championship.

Congratulations to all teams! Delmarva is proud of you!

This author hasn't written their bio yet.
Jose Cuevas has contributed 107 entries to our website, so far.View entries by Jose Cuevas