Is twin telepathy playing a role in Smyrna’s football success?

SMYRNA, Del.- The Symra Eagles football team clinched the Henlopen North division for the first time since 1969. Their chemistry on the field is something that will be hard for other teams to duplicate.

The varsity team has two sets of twins and two brothers, who for the most part, played together since Pop Warner.

“It definitely helps us. It helps us compete at a higher level,” Head Coach Mike Judy said. “They hold each other accountable. If one is here, they are both here. If one is having a bad day, the other is picking the other one up.”

Most football teams consider themselves family but three sets of blood brothers on both sides of the ball is hard to duplicate. 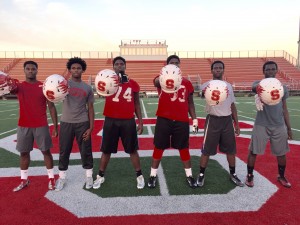 Terren and Jareen Carter are twin offensive lineman. They take every snap together. Their goal is simple, protect their quarterback. 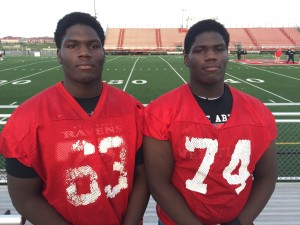 “It makes the chemistry even stronger,” Jarren said. “It just keeps us strong and together and we know that on another has each other’s backs.

The Smyrna secondary held teams to an average of 17 points per game thus far. Three of those games the opposing team did not score.

The Hutchinson brothers, twin linebackers, like to think they have something to do with those impressive stats. 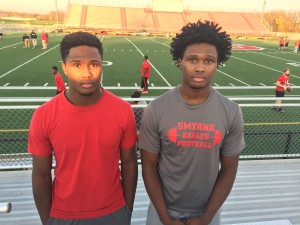 “The fact that we can study together and look at film together helps out,” Joshua Hutchinson said. “We have someone to talk to tell us what we’re supposed to do and not do.”

Coach Judy said twins are no strangers to the Smyrna football family throughout the years. In fact, he holds special competitions, putting brother against brother, to bring the team closer.

Kalen Wilson is a senior linebacker and it is his first year playing with sophomore brother Larsen on varsity. 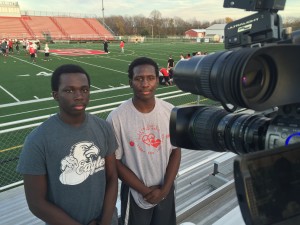 “We are always saying ‘whose brother is the best?’ and everything,” Kalen said. “I feel like that competition between us also increases our work ethic and we working harder on the field.”

While there is no proof, the twins believe there is a level of telepathy in their game.

Offensive lineman Terren Carter said having his brother on the field is an excellent advantage for him as well.

“Sometimes we won’t talk to each in games but we know what we have to do together to make the block for [quarterback] Will,” Terren said.

I am not sure of a quarterback who would complain about that. 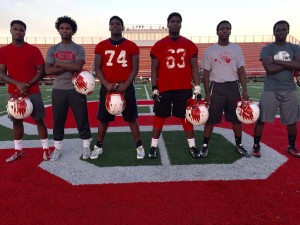 These brothers already secured playoff spot and closed out their regular season with a 66-0 win over Polytech.