If you’re from Sussex County, Delaware, the words ‘Slam Dunk to the Beach’ will sound familiar.

The Cape Henlopen High School basketball tournament has been around since it’s start in 1990 but it wasn’t until just a few years ago, Slam Dunk to the Beach was completely revamped.

Cape Henlopen Boys Basketball Coach Stephen Re says their basketball program has been participating since the event’s inception.

“We are the host team so we have always been in it,” Re said. “This is the second year since it has been revamped and reconstructed. We have a new format with local sponsorship.”

This event attracts teams from all around the United States including Indiana, Pennsylvania, New Jersey and New York.

“We are fortunate to be hooked up with people and connections through Position Sports,” Re said. “They have done a great job advertising, with sponsorship and with branding.”

A lot of big schools participate in the event as well as a lot of private schools.

“There is a team coming from Indiana tonight and they have a couple 7 footers. I see some future NBA players there,” Re said.

Re said it is a great experience for the local teams to play against national, college level teams.

“Having the opportunities for those kids to play in our backyard is pretty cool,” Re added.

Not only does this event benefit the local basketball players, it also benefits the town. Re says each year the event brings in hundreds of people filling up hotels and restaurants in the surrounding areas.

“It has a major impact—boosts the economy, fills the hotels that may not be full this time of year, it is great advertisement for our area.” 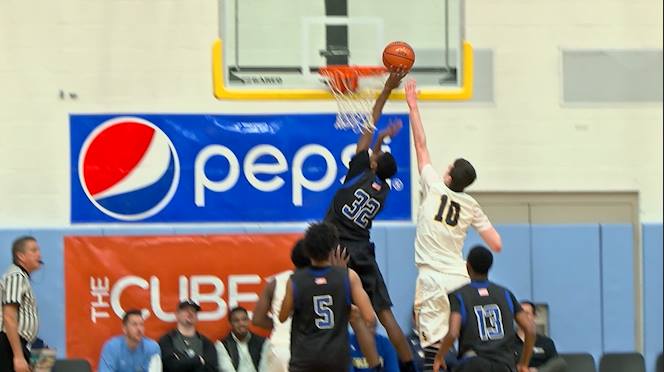