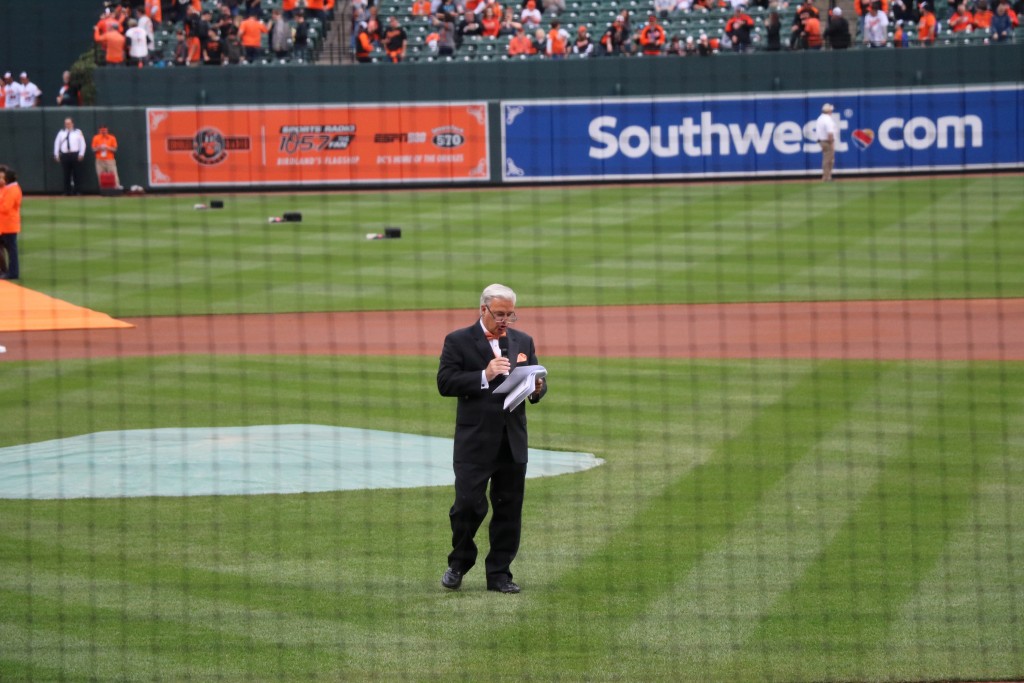 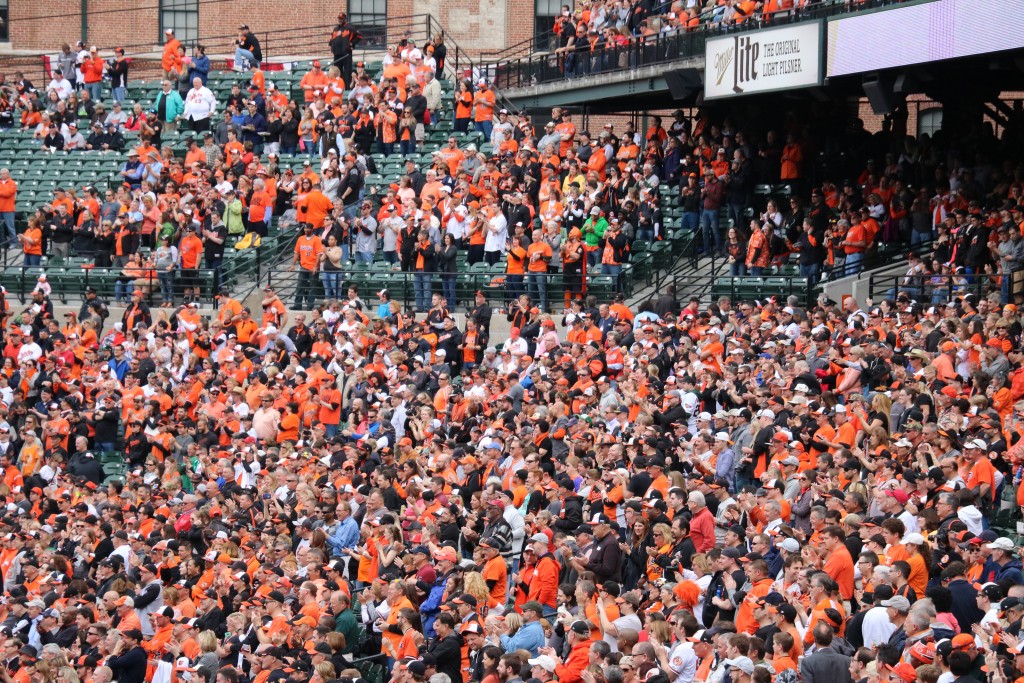 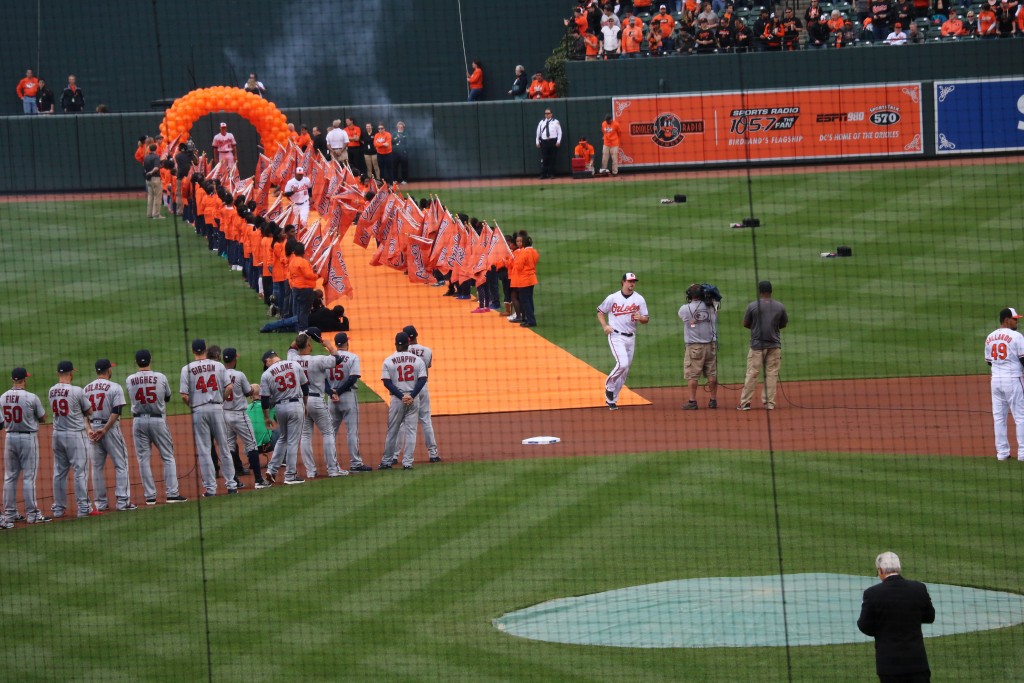 After announcing the opening line-up, Maryland State Senator Bobby Zirkin threw the first pitch and then came the rain delay.

The O’s opener was scheduled to start at 3:05 p.m. but was pushed back to approximately 4:45 p.m. Despite the first rain delay, fans grabbed their ponchos and stuck around, managing to keep smiles on their faces and cheers coming out of their mouths. 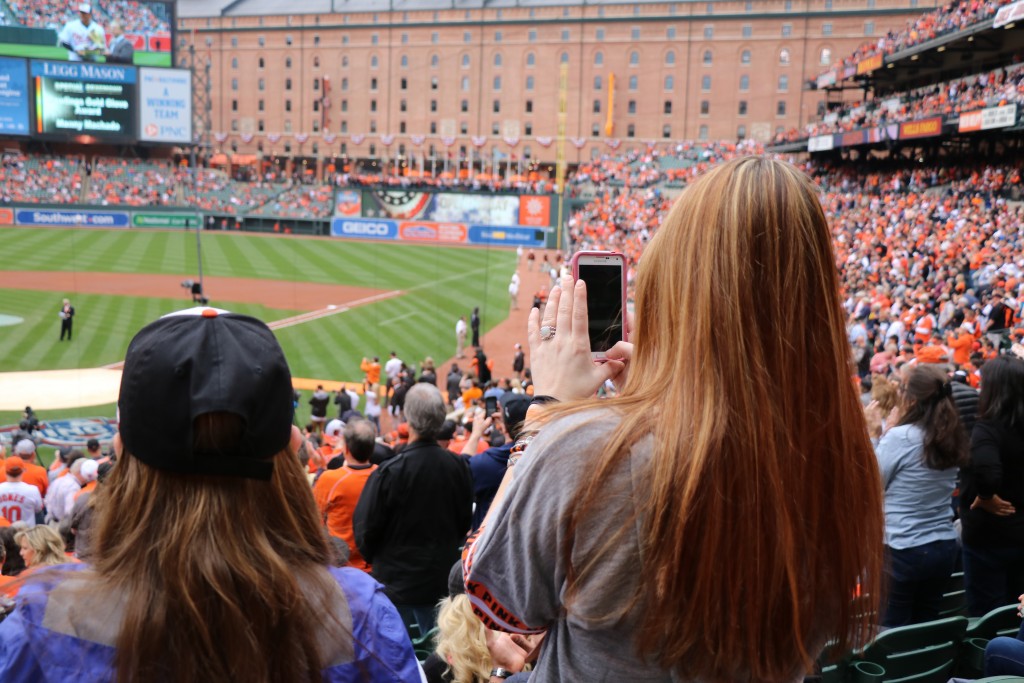 After two scoreless innings, the tarp was back on the field less than an hour later. Camden Yards called last call for alcohol sales and fans proceeded to exit the building.  Shortly after, it was announced the game would resume at about 6:30 p.m.

The Orioles came back with two runs in a row and then were matched by the Twins for a 2-2 score. With only a few innings left in the game, the O’s came back with one, making the final score for Monday’s game 3-2 with an Orioles victory. 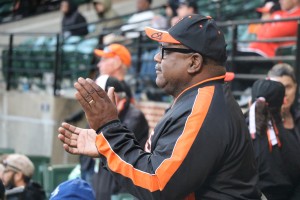 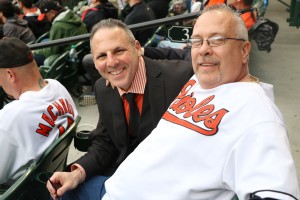 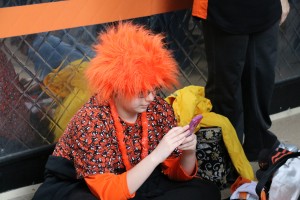