It was a windy day at Salisbury University but that didn’t deter the 75 tradesmen working on Seagull Stadium.

Salisbury University’s Project Manager, Matt Groves, was overseeing the job this morning while workers were busy adding some-what final touches to the stadium.

“The structural steel for the grandstands is going in, the roofers are sewing the roof on top of the press box, the masons are continuing with the mason work and then there’s all kinds of disciplines and trades…all in the building right now just moving, moving, moving,” Groves said. 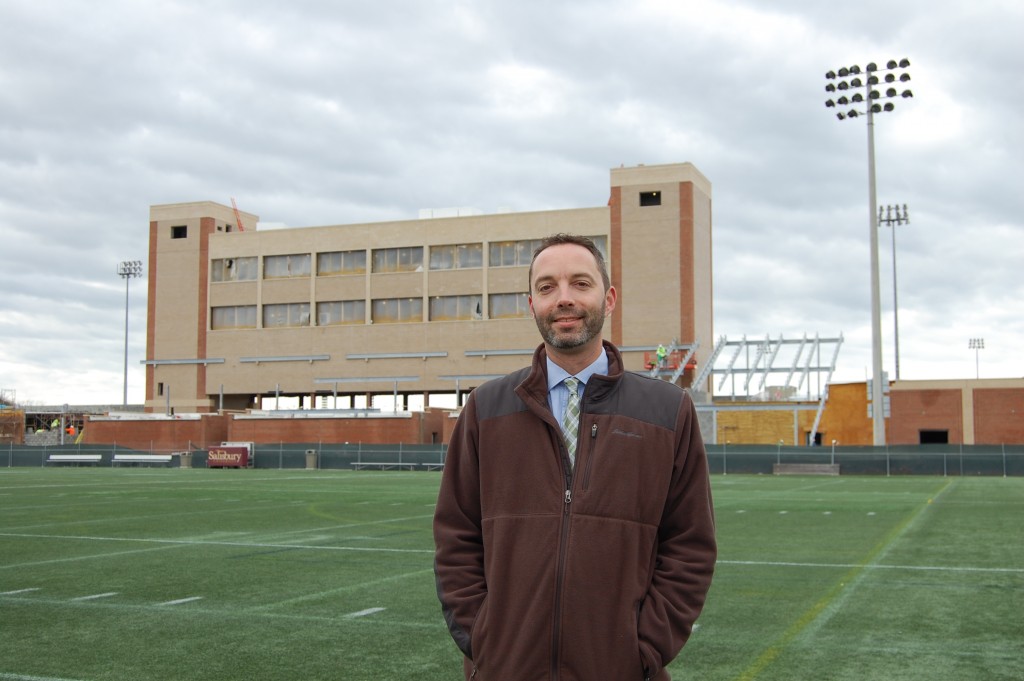 During Salisbury University’s 2014 Homecoming and Family Weekend, Salisbury University officials unveiled their designs for the new $19 million stadium the campus would receive in 2016. On top of that design, the university is planning to spend $10 million in renovations to all of its athletic fields and other facilities.

These new changes throughout the university’s sports department are changes Dr. Michael Vienna, SU’s athletics director, says are necessary to keep up with other Division III campuses.

“This is the largest athletics construction project during my 25 years here,” Vienna said. “This will put our stadium on par with the better Division III stadiums.” 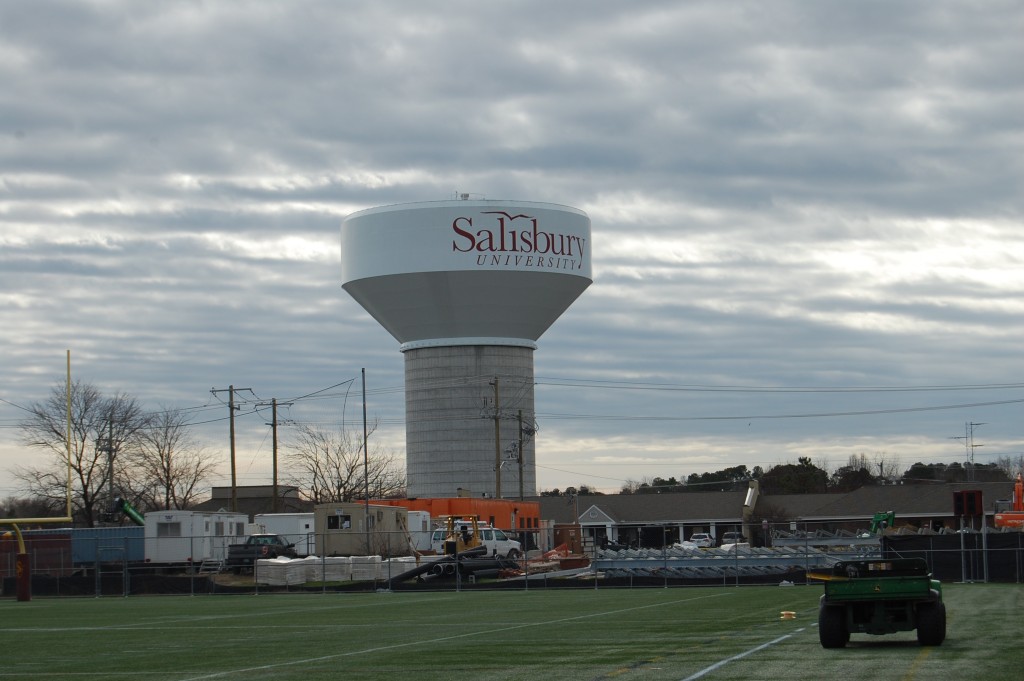 Many questions have been asked about this new complex, the main one being: Where is all the funding coming from?

Dr. Dudley-Eshbach joked about the tremendous success Salisbury University’s Athletic Department has had over the years—she even has a dedicated tree where she displays championship rings as ornaments over the holidays!

The previous building many may remember was a one-story cinder block structure built in 1980. This new stadium will be over 30,000 square feet.

“There’s nothing to compare it to on campus right now,” Groves said. “There has never really been a home football locker room, they share their locker rooms now over at Mags. They have to swap in and out at the end of each season, so it’s all kind of new for the athletics programs out here…” 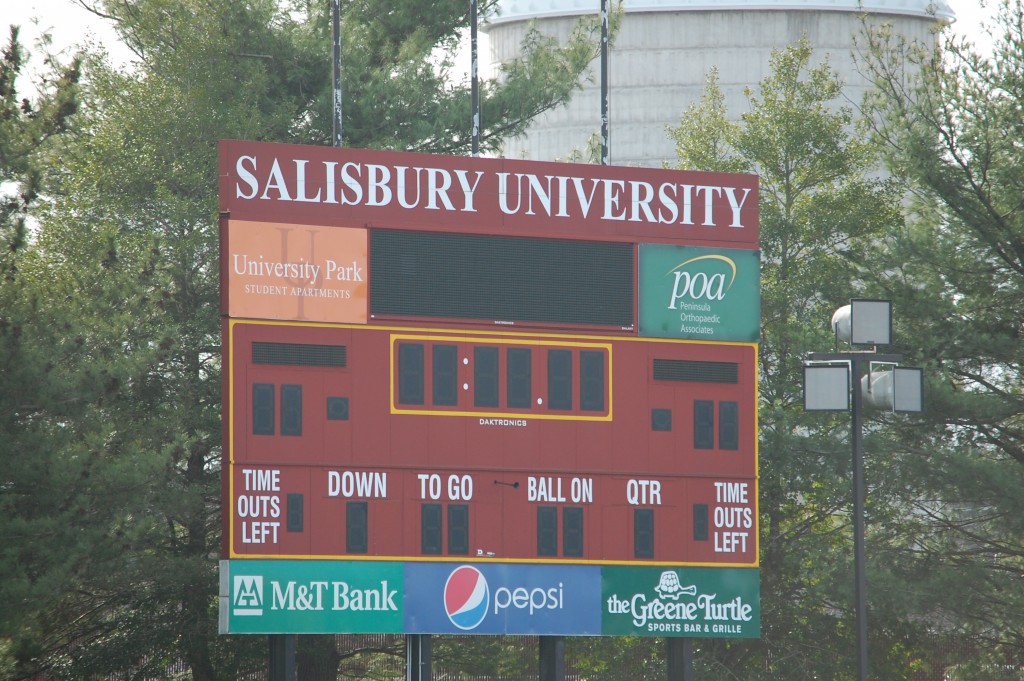 University officials say this new stadium is dedicated to young women and men and their coaches who deserve facilities and fields worthy of their hard work and talents. They consider this an athletics complex where loyal fans will enjoy congregating and cheering on the Sea Gulls.

Groves says the new complex plans to be open in February 2016, just in time for the spring sports season.

“We’re finishing buttoning every thing up,” Groves said. “It’s about time to turn everything on and make sure everything works. 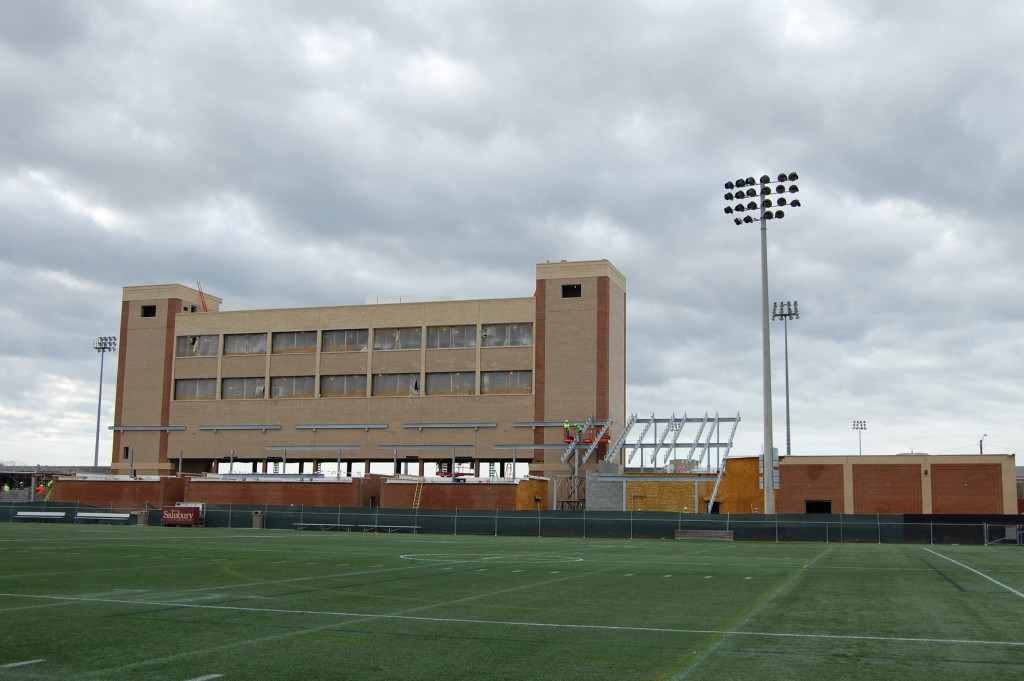