GEORGETOWN, Del. – The No. five Sussex Tech Ravens are headed to the Delaware D-1 Sate Quarterfinals to challenge the No. four Middletown Cavaliers.

For some, this is not surprising for the team that made it to the playoffs for two consecutive years. For the Ravens, things have not always been so simple.

Sussex Technical High School accepts students from all over Sussex County to give them a chance to graduate with a trade. While students benefit academically, the incoming football players are sometimes strangers.

“It is very difficult to develop a true sense of brotherhood at Tech,” Head Coach Mark Quillin said. “They are from everywhere, and some are an hour away.”

Living an hour away and coming into a new program can make it hard for any football team to gel.

“Coming in our freshmen year, we didn’t know each other,” senior fullback Timaun Williams said. “We had to build a strong bond, and communicate differently, in order to get close on the field.”

The Raves’ theme this season is “Fratres,” which has the Latin meaning of brothers.

“It was tough coming in Freshmen year when you didn’t already know everyone,” Senior quarterback Justin Hill said. “But we’ve worked hard to build our bond. There is no other team I’d rather go out and fight with.”

Hill hosts dinner nights at his parents’ house on Thursday’s before the game. These small bonding activies, along with the weigh room and practicing together in the summer, is what made this team so close.

While it is hard for all the players to make the events because of distance, it seems to have worked for the Ravens.

Hill has only lost five football games in his four years at Sussex Tech.

“Freshmen year we were nervous,” Williams said. “But each year we get closer and closer and we’ve really built to this point.”

The football “fratres” have their eyes on a championship title. They will hit the road to face the Middletown Cavaliers on Friday, Nov. 20 at 7:30 p.m. 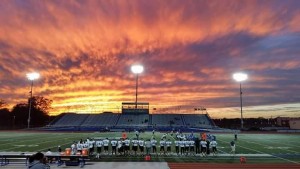 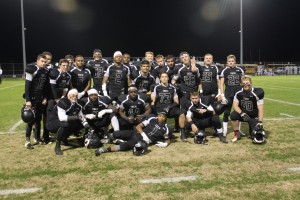