NEWARK, DE – Another state championship is going back to Lewes.

Freshman Alia Marshall scored the game winner with about 14 minutes remaining in the game.

After a scoreless first half, the Vikings got on the board thirty seconds into the second half with a goal by senior Sydney Ostroski.

The Wildcats tied it at 1-1 after freshman Ashlyn Carr tallied with 19:09 to go.

Madison Irwin added an insurance goal for the Vikings.

Cape Henlopen caps off a perfect 19-0 season. They have now won 73 straight games overall and 86 straight wins against in-state opponents. 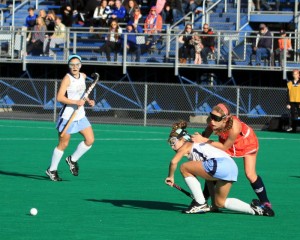 Alia Marshall (#5) Scrambles to get up. 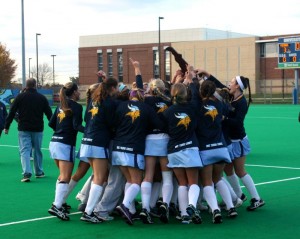 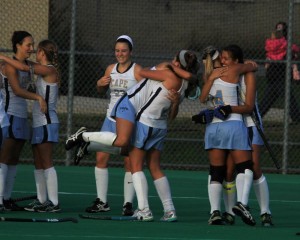 Hugs all around after the final horn sounds. 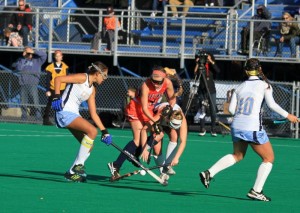 Korinne LeMaire (#9) In a mid-field collision. 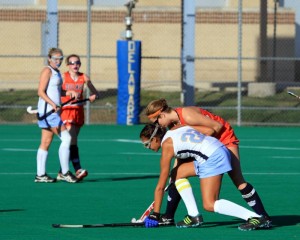 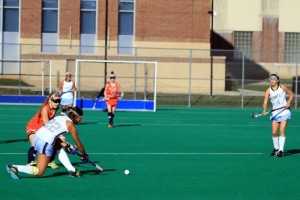 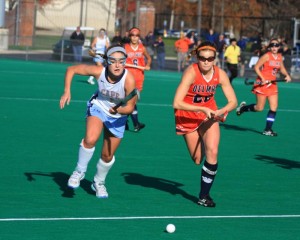 Lizzie Frederick (#1) Sprints to gain control of a free ball. 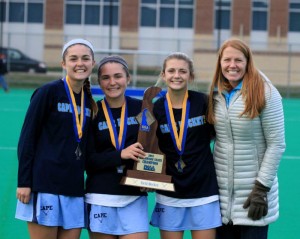 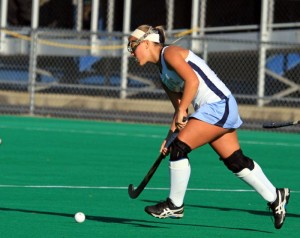