GREENWOOD, Del. – Most sporting teams have a secret weapon. For Woodbridge football, that weapon hides her long hair beneath her helmet.

Two years ago the Blue Raiders graduated their kicker and were without the crucial position.

Head Coach Ed Manlove had an idea for the ages. Why not ask soccer star striker Megan Joseph if she’s interested?

Little did he know, Joseph dreamt of playing football from a young age. It wouldn’t be until her junior year in high school that she would get her chance.

Manlove remembers seeing Jospeh make it to the conference final in wrestling in 8th grade.

“I thought that is one tough girl,” Manlove said. ” She can kick just as good as anyone else because she’s got a really strong leg. I didn’t see her as a girl. She was just the best player we had available.”

When Jospeh heard chatter about an open position she thought the transition from soccer to football would come easy.

“I thought I could do it since I played soccer,” Joseph said. “I talked to coach, practiced and it just came easy.”

‘Easy’ is an understatement. It only took the junior three tries before she made her first field goal.

Megan has been on the football team ever since. Now wrapping up her senior season, she looks back and prides herself on being the only girl on the team.

Bragg Davis is a wide receiver, safety and placeholder for Megan Joseph.

“I think it’s awesome,” Davis said. ” Most girls that play soccer wouldn’t kick for the football team but Megan is different. She’s got a drive in her that I think will take her a long way in life. She’s stepped up and really helped our team out this year.”

While kicking is fun for Megan, it is also very nerve racking. A screaming crowd, potential iced kicks and all of her peers watching adds to her nerves.

“I just try to focus,” Joseph said. “At practice the guys make a lot of noise and I just focus, keep my head down, kick and I usually make it.”

While she usually only kicks extra points after a touchdown, she said her longest field goal was 33-yards.

(Can my struggling NFL team drafter her?)

While being the only girl on the team is weird for her, there is an upside to the gig.

“I get to dress in the officials’ locker room,” Joseph said with a big smile. “I have my own locker space with my name across the top.”

Manlove thinks having her on the team gives his guys more of a reason to get physical on the field.

“I think they block a little harder for her,” Manlove said. “They don’t want to see her kick blocked or for her to go down.”

Megan Joseph will prepare for her postseason game against the Delaware Military Academy on Saturday, Nov. 21 at 7:30 p.m. 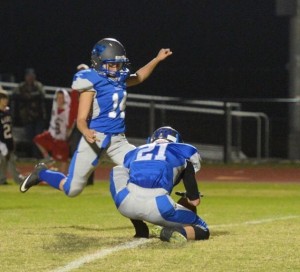 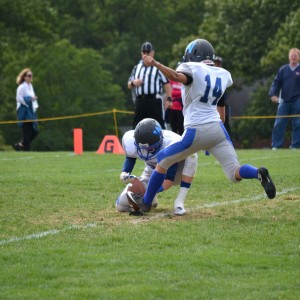 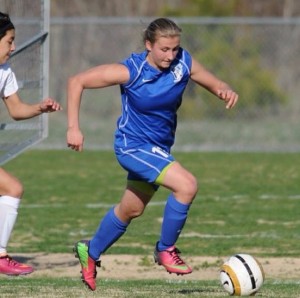 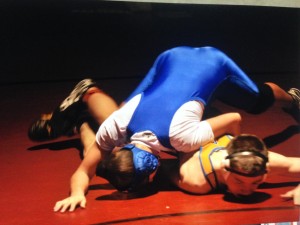 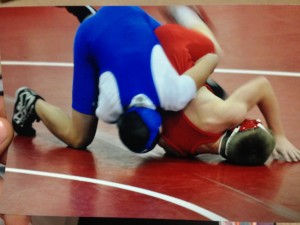 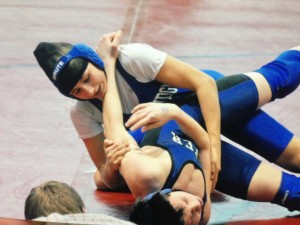